How a former waste-problem became a valu­able driver for the ongoing “City of trees”-strategy of Swedens capitol Stockholm.

The first biochar produc­tion plant in Europe was built in Austria in 2012.

The aim of this compost and soil plant goes one step further than the mere disposal of biomass – their aim is to produce the best possible compost quali­ties and subse­quently the best possible finished soils for profes­sional users such as garden designers.

While beeing able to comply with the strict limits of the Waste Inci­nera­tion Ordi­nance, the mate­rial is constantly avail­able and deli­ver­able in consist­ently high quality.
The plant operates 24 hours a day and produces about 1,000 kg of high-quality biochar per day. This biochar pioneer feeds the total energy (150kW), released during the carbo­niz­a­tion process, into its heat network – for heating and drying the feed material 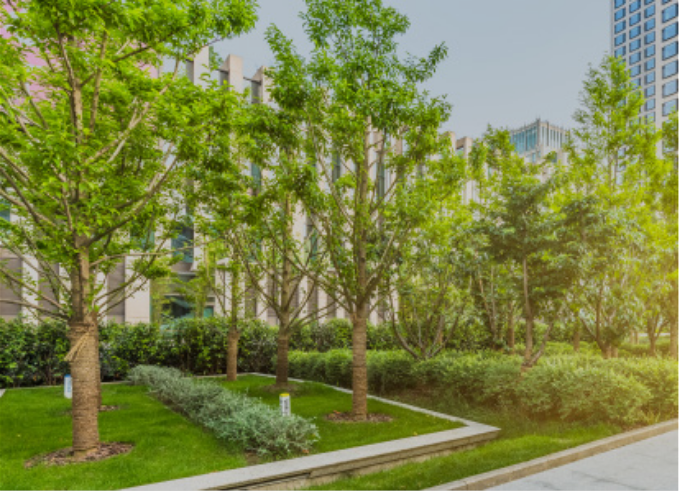 For more than 10 years Stock­holm has been testing alter­na­tive plant substrates for the stressed city trees. Biochar was able to score with several advan­tages: Signi­fi­cantly more young plants could survive the first critical years, since the roots have more space to grow (less compac­tion of the soil) and are conti­nuously supplied with water and nutri­ents by the biochar.

Overall, the trees’ resis­tance improved and they were able to survive dry periods and heavy rains more easily. This not only protects the tree popu­la­tion, but also improves the urban climate.